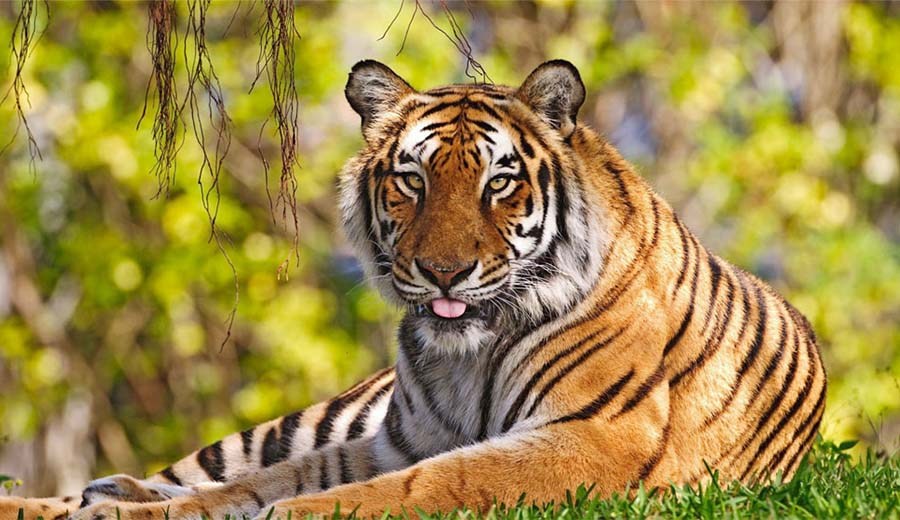 In Sundarban National Park in West Bengal, the tiger makes his round with an unmatched stealth and grace. The air feels wet and damp, while the silence is interrupted by the melodious singing of birds and roar of motor boats. Inside these world’s largest mangrove forests, creeks and tributaries form an intricate system of networks. Sometimes, they meet each other, and at others, wander off elsewhere. Tourists out on a boat ride are given their money’s worth while crossing them. Even though you are unaware, the big cat and saltwater crocodile observe you at all times, watching every step you make. However, sometimes, look up, as there is action on the trees too. A variety of birds, from brahminy kite to whistling teals, call this their home, and declare that from time to time with a loud cry, song or chirp.

The Sunderban National Park is many things at once, a biosphere reserve, national park and tiger reserve, such is the richness of this mangrove ecosystem. What we commonly call Sunderbans is actually a large delta spread across 40,000 sq. km between India and Bangladesh! Just to give you an idea of how vast it really is, consider this. It stretches from River Hooghly in West Bengal, India, all the way to River Baleswar in Bangladesh. In this UNESCO World Heritage Site (it was declared a UNESCO World Heritage Site in 1987), the mangrove trees stand lazily on the mudflats, which are visible during low tides, and submerged in height tide. Its name means “beautiful forests” in the local language, and it is not hard to figure why. Another reasons are the Sundari trees, which are dominant in this mangrove area. Their uniqueness lies in their roots which shoot upwards for respiration, particularly during waterlogging during monsoons.

The history of Sunderbans can be traced as far back as 200-300 AD. It is believed that the forests of Sunderbans were leased to the nearby residents during the Mughal period, who built settlements in them. In the coming years, however, those settlements were attacked by the Portuguese and salt smugglers in the 17th century. All that remains today are their ruins, most of which can be traced at a place called Netidhopani.

When to Visit Sunderban Park?

The best time to visit Sunderbans is between November to March. The weather is quite pleasant during this time and creates the perfect conditions for tiger sighting and other wildlife. You can also visit it in the summer season, or the months from April to July. Remember though, that it can get very hot during this time, with the average temperature being 43°C. A lot of tourists find the heat quite difficult to deal with, but shouldn’t pose a problem for you if you are okay with it. Monsoons are not a good time to visit Sundarbans, as most of the areas are flooded and taking a boat ride would be quite unfeasible.

Among other things, it is the unique geography of Sunderbans which endears it to the tourists. It is a part of the world’s largest delta and home to the largest mangrove forests. In its brackish waters, mudflats and trees, reside an incredible variety of flora and fauna. It is these, along with the vegetation, that makes this place what it is, a mystery which unfolds itself with every single visit. The vast Sunderbans also houses within it rivers, islands and villages.

The Sundarban forest is the largest mangrove forest in the world so undoubtedly the mangrove tree is the prime fauna of this region. This tree has a unique ability to stand and stay alive in the inundated land for a long time. The spikes of this tree rise up from their roots which help in respiration and support the Mangrove Plants. An exquisite variety of mangrove tree, one of a special kind, named 'Sundari' is found in abundance here, which also is the reason of naming the forest as Sundarbans. More than 300 species of plants are found in the entire Sundarbans region.

The Royal Bengal Tigers, at the apex of the food chain, are ruling the Sundarbans National Park with their massive population that crosses 400 counts. Here in the Sundarbans, the royal Bengal tigers have developed an exceptional attribute of swimming in the salty water, and also are infamous for their man-eating penchant. However, tigers are the prime focus for the tourists here, but apart from this beautiful striped beast, there are various other fauna enrich the park with their grace and also attract wildlife lovers equally. The other fauna attractions which are in abundance in Sundarbans are Fishing cats, Leopard, Macaques, Wild boar, Wild Buffaloes, Rhinoceros, Indian mongoose, Jungle cat, Fox, Flying fox, Pangolin, Barking Deer, Spotted Deer, Hog Deer, Chital along with the saltwater crocodiles and various species of snakes.

The climate in Sunderbans forest is generally soothing and pleasant with the temperature ranging from the 20 degree Celsius to 48 degree Celsius. As the region is in the proximity of the Bay of Bengal, the humidity is fairly high around 80% and also sees heavy rainfall. During the summer season, which stays from March to May, the climate is hot and humid. The monsoon season starts from mid-May and lasts till mid-September. During this time period, the atmosphere is humid and windy. Being located near the sea, the area often sees storms during May and October which even turns into the cyclones. From October to February is the winter season and the climate is comparatively cold.

Tourist Attractions in and around Sundarbans National Park:

The Sajnekhali Bird Sanctuary which is situated on a land between the Peechkali and Gomati Rivers, and the only place in the Sundarbans forest to take a walk. Located alongside the Sundarbans tiger reserve, the Sajnekhali bird sanctuary is the home to a myriad of bird species like herons, egrets, Kingfisher, Sandpipers, Plovers, Whimbrels, Sea Eagle, Curfews and others. Also, there is a Mangrove interpretation center located inside this sanctuary.

The Second most famous watchtower in the Sundarbans Park after the Sudhanyakhali, the Sajnekhali watchtower strategically placed on the Sajnekhali Island to view a large part of the forest. It is a fascinating tourist place which also has a crocodile park, a museum and the Bonobibi temple inside the premises of the watch tower land. Here, you will also get the permit to visit other areas of the Sundarbans forest issued by the forest office.

Most famous watchtower in the Sundarbans area, the Sudhantyakhali watchtower is strategically placed in the center of the tiger reserve zone. It is an amazing place from where one can view most of the tiger reserve area and can also spot a large number of tigers from this watchtower along with the other existing wildlife of the area such as axis deer, crocodiles and other species. Being a large watchtower, it can host around 25 persons at a time to let them enjoy the enchanting view around. There is a large land devoid of any vegetation and a big pond nearby the watchtower due to which you can get an amazing sight of tigers and other animals who visit at the pond to drink water. Due to the no vegetation, anima